Combining cutting-edge technology with unmatched attention to musical detail, Evermore enhances the sound of up-and-coming, established, and eminent musicians alike. Owner Luke Beaulac, an experienced musician and accomplished producer, has carefully designed every detail of his recording studios with music and musicians foremost in mind. Evermore Sound aspires to help artists in Orlando—and around the world—achieve their creative vision.

Whether you are a singer-songwriter interested in cutting a high-quality EP, an established rock band looking for a professional recording studio to track your next album, a composer working on a new sound design or soundtrack project, or a larger ensemble looking for a great recording room that will accurately capture your vibe, look no further than Evermore Sound. Professional in-house engineering, recording, mixing and mastering skills combined with our vintage hardware and industry standard software makes Evermore the premier recording studio in Orlando.

The Recording Studio
AKA The Neve Room

Studio A boasts the best of everything: top technology, comfortable spaces, and beautiful instruments, including quality guitar amps and cabinets along with a great assortment of vintage gear. Housed in 3000 sq. ft. facility, Studio A features a large 22' x 34' tracking room and spacious 20' x 32' control room as well as a relaxing lounge with all amenities.

Sometimes true creative inspiration comes directly from gear you are using. The centerpiece of Evermore Sound is our Amek/Neve Mozart console, complete with 40 channels of Neve modules. This highly sought after mixing console brings a luxurious analog warmth to your tracks and imbues your project with a certain depth and character that cannot be found any other way. Our selection of mics is second-to-none, complete with top choices from Neumann, Royer, and AKG. If you are looking for vintage guitar or bass tones, our collection of instruments and amps will surely satisfy your sonic dreams. And of course, no music recording studio is complete without a grand piano. Our Yamaha G5 grand in the Neve Room Studio A is the key to unlock your musical creativity. 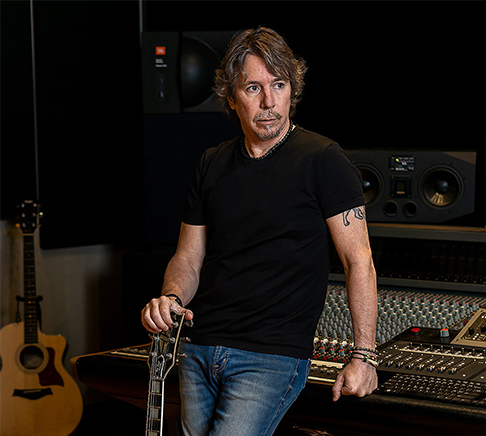 has been active in many music scenes since he picked up a guitar at age twelve. By his teens, he was touring extensively with several local bands in Canada and beginning to explore the technology as well as the artistry of sound recording.

Over the years, Luke has worked alongside producers such as Chris Lord-Alge, Alan Parsons, Andy Wallace, Michael Wagener and Nick Blagona.


A well-designed recording room and great, vintage analog gear go a long way to make a professional recording studio. However, the true glue is the engineer behind the console. People make the difference at Evermore Sound. Having a musician like Luke with you every step of the way will not only make your experience at our studio more rewarding and successful, it will make your tracks pop and shine like none other. There is no substitute for great ears and decades of musical experiences to pull from, not to mention hundreds of sessions for musicians of all styles. You can find all of this and more at Evermore Sound recording studio Orlando!

Contact us
If you'd like to discuss recording your next project at Evermore Sound, please call 407-218-5953 or email us below.
GET STARTED